VDMPad is a simple web IDE for VDM-SL. It’s designed to be used as a “sketch pad” for VDM-SL specifications. You can handily write a specification, manipulate states and evaluate expressions intuitively. Graphical representation of VDM values are also provided to easily understand the state of the animated system.

To star a server, you simply evlauate the following Smalltalk expression.

A web server will start service on the port 8085. 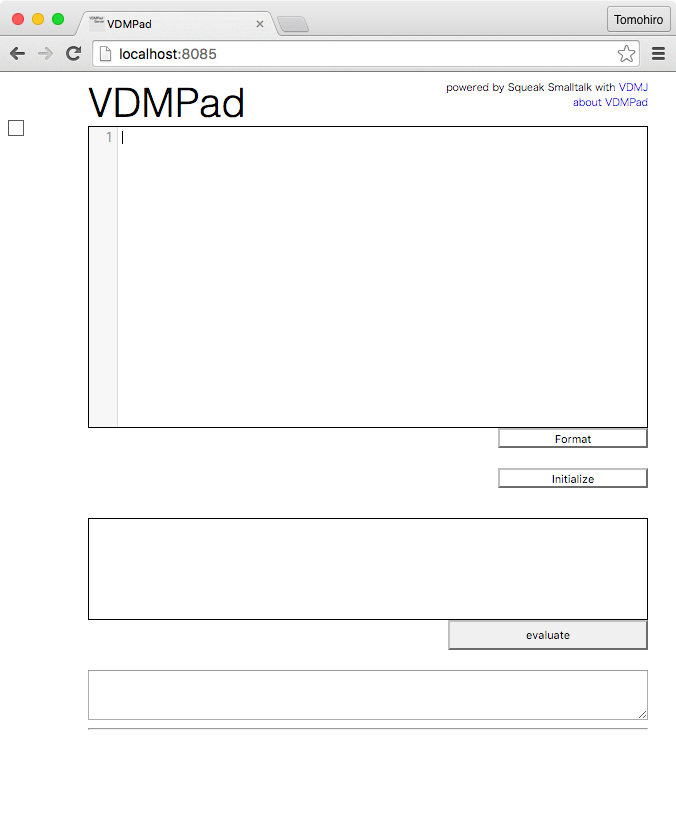 You can write a specification on the top text area. 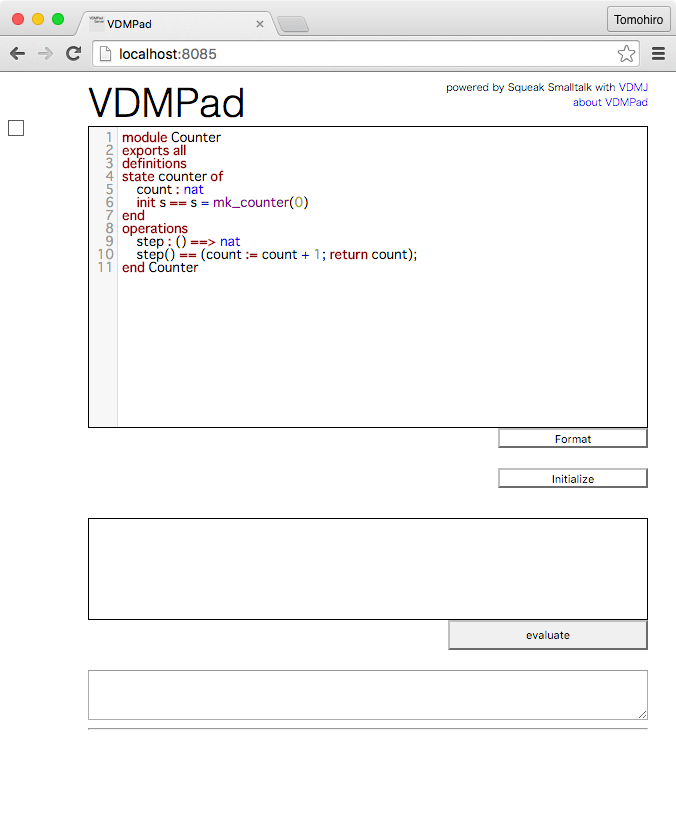 The initialize button will start animation of the specification. 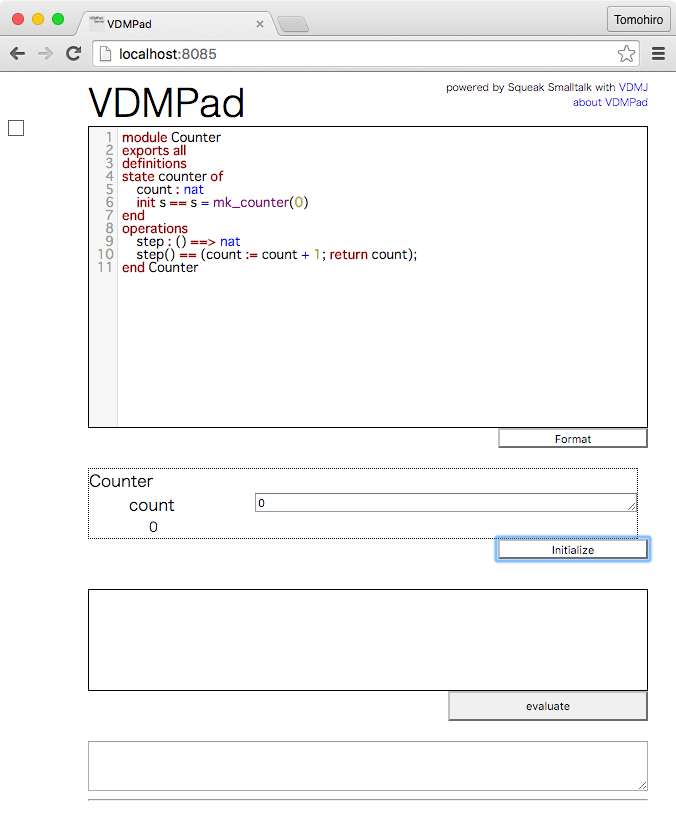 An entry field for each state variable (counter in this example) appears below the specification.

You can evaluate an expression in the text field below the state fields. 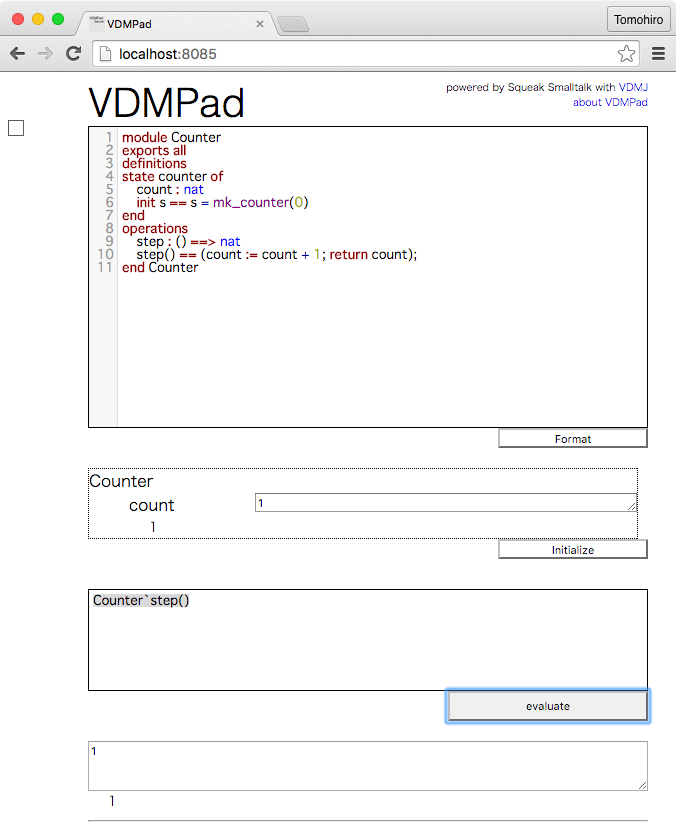 Save and load an animation session

VDMPad automatically save the current animation state along with the VDM specification source after every operation on the web IDE. You can close the web IDE any time and re-open it on the web browser with the last state of the animation. Please note that the animation sessions are saved in your browser, not the server.

You can also manage multiple animation sessions by saving snapshots with names.

To save a snapshot, 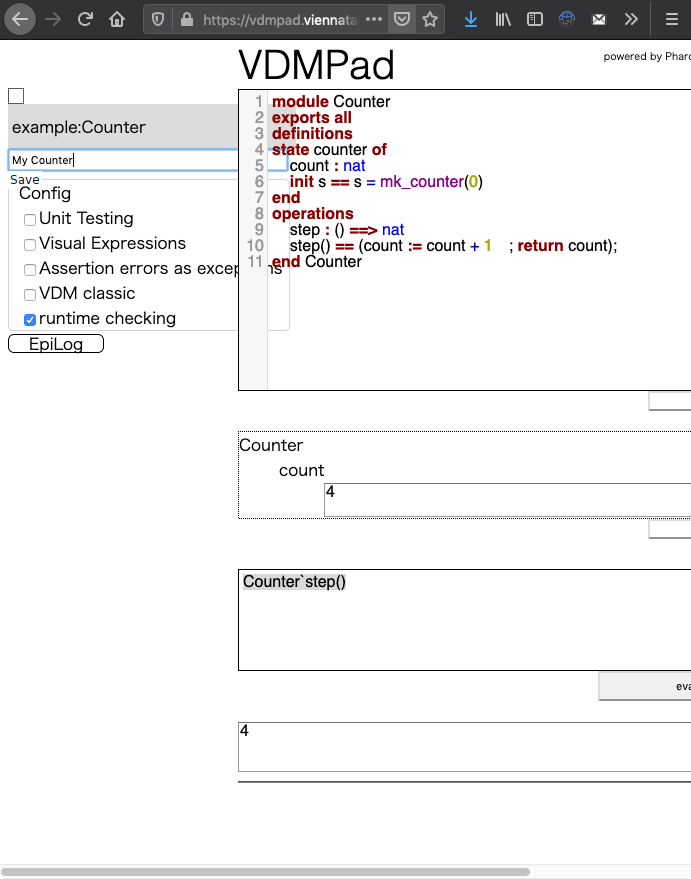 To load a saved snapshot, 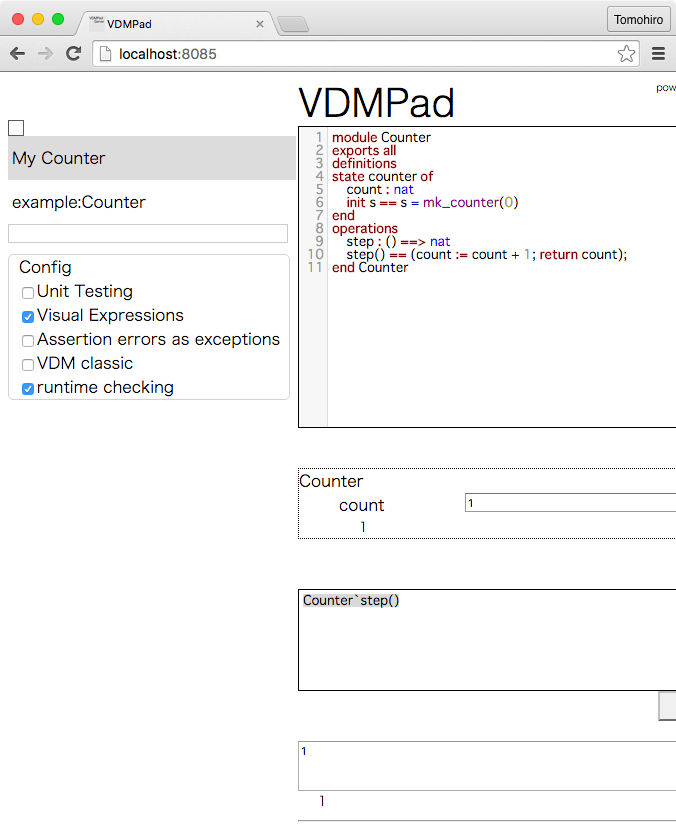 VDMPad has a module called “VDMPad-EpiLog” to review the history. By turning on “VDMPad-EpiLog” in the settings, you’ll have a history on the left (or bottom) of the VDMPad page. 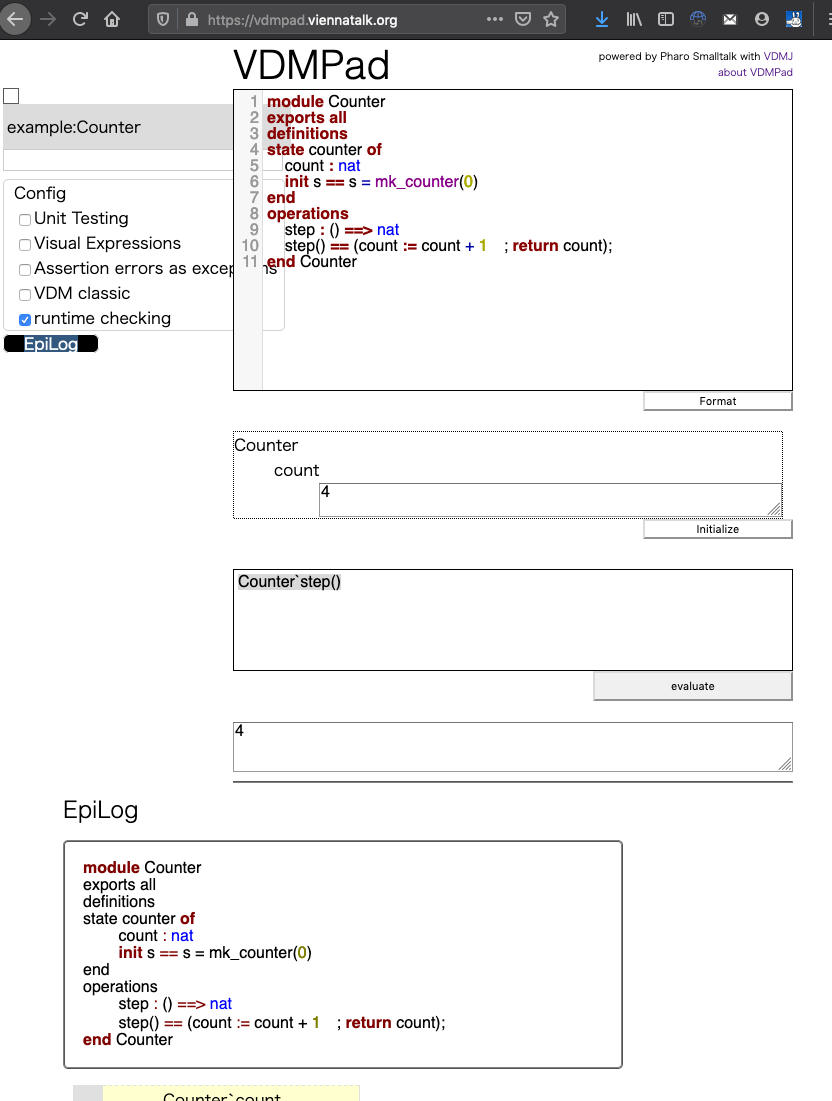 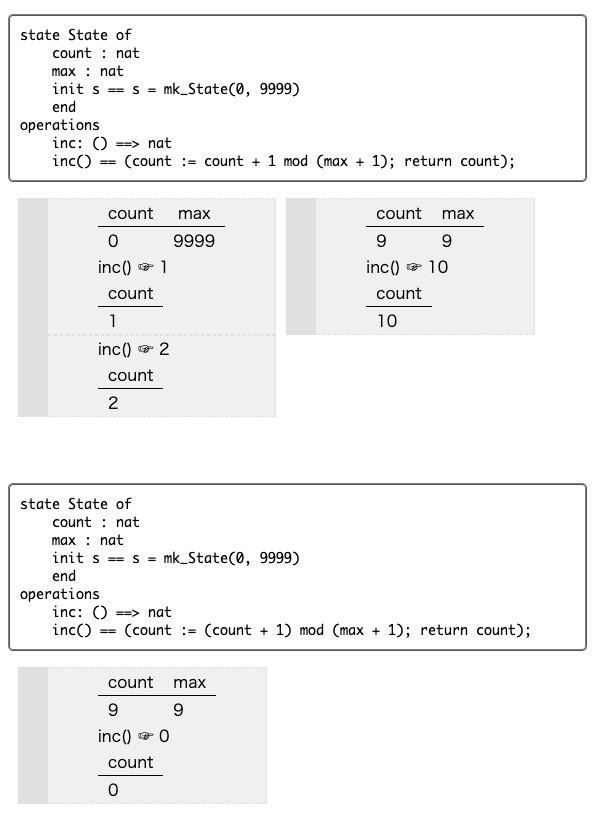 The history consists of revisions of the source specification each of which has some series of evaluations. In the history shown above, the inc operation was wrongly defined in the first revision. The expression inc() was evaluated with the initial state where count = 0 and macx = 9999. The run was as expected. The next series was with the initial state where count=9 and max=9, which is expected to get count be reset to zero by evaluating inc().

The bug was in the mod operator which was fixed in the second revision. Again, inc() was evaluated with the initial state where count=9 and max=9, and successfully resulted in count=0.

What was tried and confirmed during the session? The normal counting before hitting the max value was tested against only the first revision.

By clicking the ⬇️ button on the specification source, all runs evaluated agaist the first revision will be merged to the second revision. 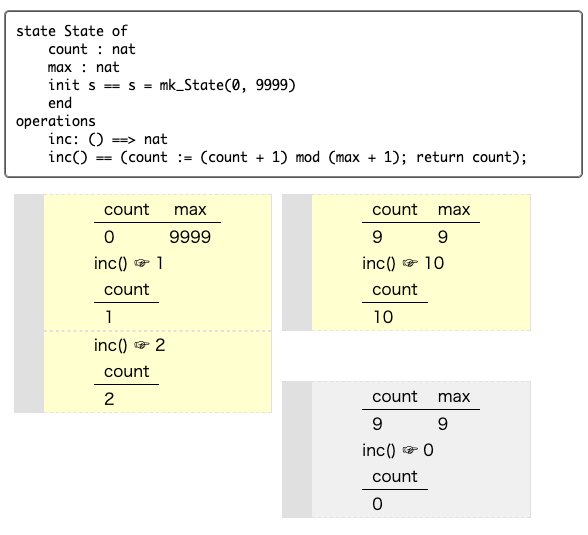 After working on those revisions, the history will be finally summarized like below. 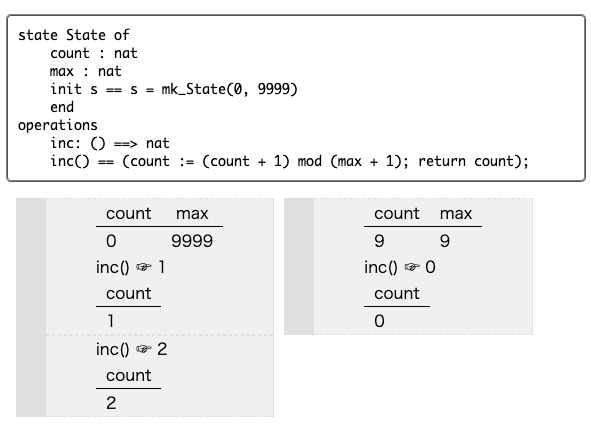